From ROP
(Difference between revisions)
Jump to: navigation, search

The ball handling and kicking mechanism, toghether with it's supporting frame, provide most of the functionality to handle, dribble, pass and shoot the ball.

The assembly and partial exploded view of the ball handling and kicking mechanisms, together with supporting frame and corresponding electronics, are depicted in Figure 1 and Figure 2 repsectively. 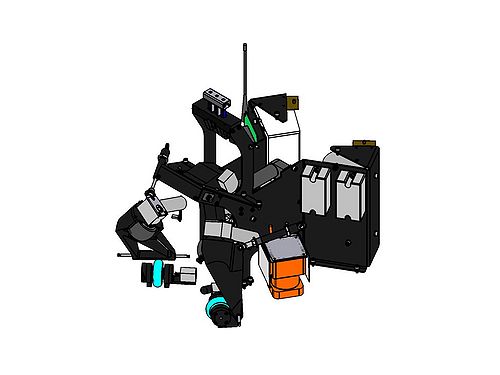 Figure 1: The ball handling and kicking mechanism together with electronics 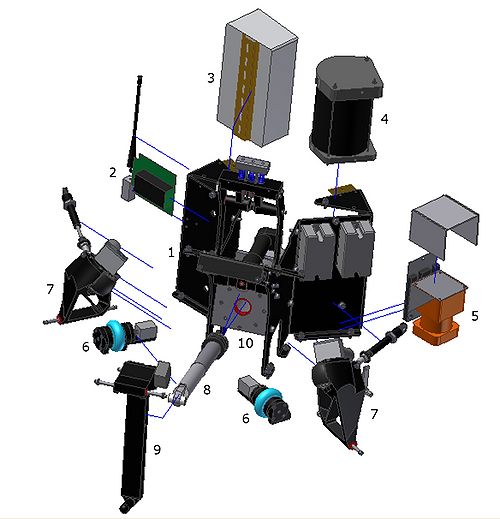 Figure 2: An exploded view of the ball handling and kicking mechanism

Figure 1 visualizes the assembled ball handling and kicking mechanism together with the corresponding frame and some additional electronics. This assembly is made in an exploded view in Figure 2, in which some components will be explained in more detail in the following sections.


The visualized components are listed down below and will be discussed in more detail.
1. The ball handling and kicking frame;
2. The wireless antenna from RF Solutions (315 MHz);
3. The Beckhoff Ethercat module; Containing EK1100, EL1008, EL2008 EL3102, EL4038, EL5101 and ELl9011;
4. The capacitor mechanism (450 V; 4700 µF) in order to have a power reserve for the coil of the kicking;
5. The laser range finder (Hokuyo UTM-30LX) Currently not used on the field players due to the disturbances.
6. The ball holders from the ball handling mechanism;
7. The ball receivers of the ball handling mechanism;
8. The plunger;
9. The kicking mechanism;
10. The kicking actuator.

The ball handling and kicking frame with hinges 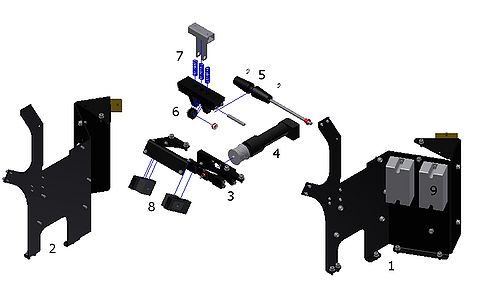 Figure 3: Exploded view of the ball handling and kicking frame

First the frame will be discussed ( (1) in Figure 2) that contains most of the ball handling and kicking components. A more detailed exploded view is visualized in Figure 3.
The frame consist of two side plates (1) and (2) from AL51-ST. On top of the right plate (1), two Elmex Violin 5/60 amplifiers (9) are assembled for the ball handling and kicking mechanism. The two plates are connected using three connecting blocks (3). In between two of these blocks, a Maxon Motor RE 25 (20W, 18V) with a GP 32 C planetary gearhead with 18:1 reduction and a HEDL - 5540 Encoder with 500CPT and Line driver RS 442 (4) is clamped. On the axis of the motor, a reel is fitted which is supported on the end using a Permaglide PAF06080P10 bearing. A cable is assembled on the reel and is first guided around bushing (5), which is fitted on an axis with Permaglide bearings. Then the cable is guided across the second reel (6), which is fitted on an axis with Permaglide bearings, which can slide in two slotted holes and is connected to the pre-loading unit (7). A pre-loading unit (7) pre-loads the cable by using three tension springs.
Finally the cable is connected to the hinges of the kicking mechanism, which will be discussed later on, in order to vary between a straight shot and a lob shot. The kicking mechanism is assembled using a shaft between two rubbers (8). 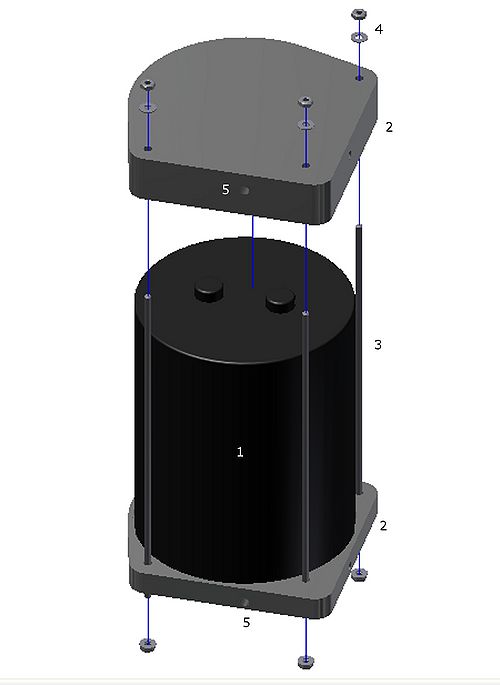 Figure 4: The capacitor with mounting frame

The capacitor (450 V, 4700 µF) is assembled on the back of the ball handling and kicking frame. In Figure 4 the capacitor (1) is visualized together with the upper en lower plastic (PVC) plates for safetey reasons (2). These are connected and tensioned using 4 M3 x 150 threaded rods and some rivets (DIN 125) and nuts (ISO 4032).
Finally, this structure is connected to the frame with threaded holes (5).
Note that it takes 15 seconds after a shot before the capacitor is fully loaded again; Before this time, less power is reserved for a shot.

The ball holders are used to position/dock the ball together with the ball receivers. Moreover, a brake can be actuated to brake the ball during a scrum.

In Figure 5 a more detailed view of the ball holders is visible, in which an (1) Kornylak Transweel omniwheel (which is a simplified representation of the wheel) is connected to a hollow shaft(2) using a gusset. This axis rotates inside SKF 61900 ball bearings, which are retained in position by circlips (2 x DIN 6799 8 and 2 x DIN 6799 10).
Inside the hollow shaft (2), a splined shaft (3) can be found which is connected to the housing (7) and a solenoid (type 312) in order to brake the omniwheels during a scrum by pulling it to the side.
Everything is bolted together using (9) M3 x 8 Allen nuts (ISO 4762). 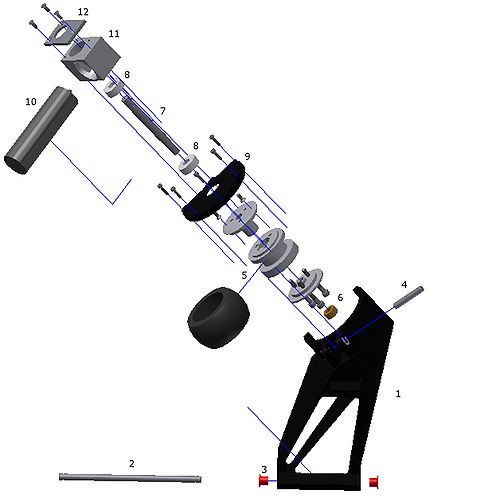 The two ball receiver consist of actuated tyres which can 'drive' the ball. In this way, the ball can be pulled against the robot in order to 'dock' the ball before shooting (pulling it against the bottom ball holders), drive backwards, steer and even rotate around it's axis without losing the ball. 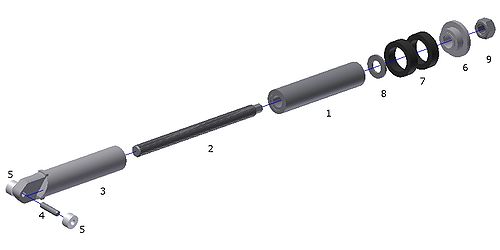 Figure 7: Exploded view of the plunger 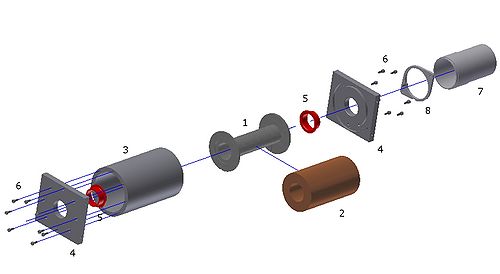 Figure 8 visualizes the assembly of the kicking actuator. It consist of an plastic PVC core (1), on which a copper coil is winded orthocyclic with N = 1050 turns. It is then sealed using a St. 37-2 tube (3) and two St. 37-2 flanges. Two Permaglide (PAF25115P10) rings (5) are used to fit the core (1) and coil (2) on the flanges (4), which are then bolted together using M3 x 8 Allen bolts (ISO 4762). On the back of the kicking coil, an extra protection tube (7) and protection flange (8) are mounted in order to protect the plunger and it surroundings from eachother.
Note that the kicking actuator can obtain speeds of 11 m/s and accelerations of 1000 m/s without a load. 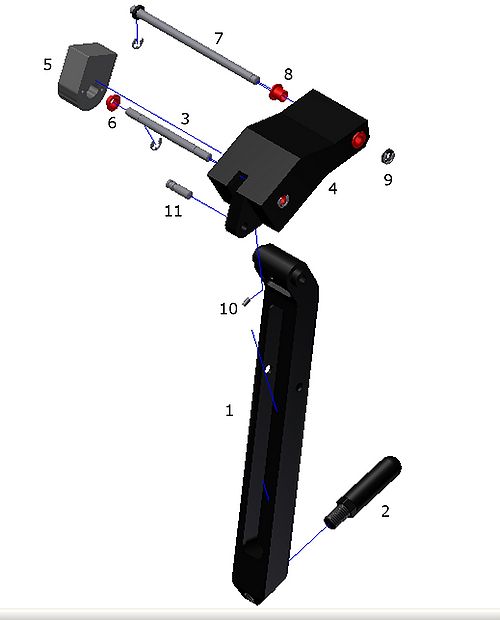 The kicking mechanism, actuated by the plunger, is in direct contact with the ball (at full power, it 'dissapears' 50 mm into the ball, before the ball takes off) and can be adjusted in height by adjusting the upper link with a cable to differentiate between a straight and a lob shot.